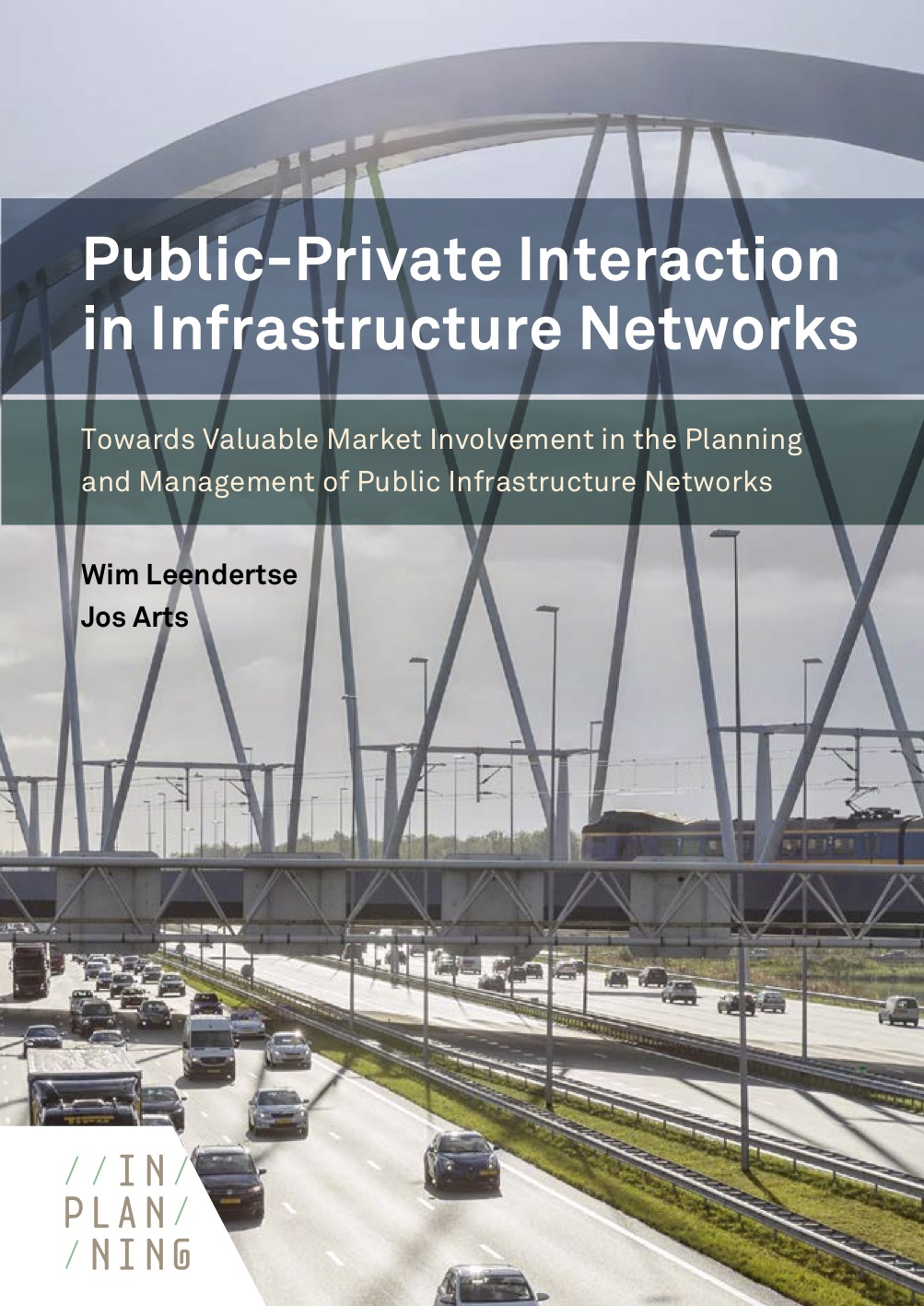 This book discusses a study about infrastructure networks and the parties involved in managing and developing such networks. In particular, we study interested in the interaction between (public) network administrators, such as public infrastructure administrators such as Rijkswaterstaat (Dutch main highways and waterways) and ProRail (Dutch main railways) in the Netherlands, and the relevant market parties for developing and managing such infrastructure networks. The interaction between the market and public administrators should exploit the best of both while delivering maximum public and commercial value. Government cannot manage and develop its infrastructure networks without the involvement of the (construction) market and this market seems not to be able to survive without governmental tenders. Our doubts as to whether both parties maximize and appreciate each other gave rise to our study.

We have chosen to focus our study on the Netherlands because, as a result of a construction fraud at the beginning of this century, a transition of the infrastructure sector has been deliberately initiated by the government and involved market. The developments in Netherlands are comparable with developments in other countries, for example, the UK, Australia and the US. Unique for The Netherlands, however, is that to support this transition a lot has been (and still is) experimented with new models of cooperation between the government and the market, like a living lab for public-private partnering. Therefore, we think that the results of our study are very useful and instructive for international infrastructure managers, market parties involved in infrastructure development, infrastructure planners and project managers.

For many years we are active at the interface of the construction market and government, both in making policy for the Rijkswaterstaat and in concrete implementation of such policy in infrastructure projects. What we see is much friction in interaction and consequently recurrent hope and frustration on both sides. Partnering, i.e. regarding and using each other as complementaries in collaboration, is much discussed but still seems not to be common in the sector. We are conviced that there is a lot to gain when both parties better appreciate and exploit their respective roles and capabilities. In order to be able to do that, we think a good analysis of what is happening in the interaction between the (construction) market and (public) infrastructure network administrators is useful and necesssary. This analysis may lead to insight into how the interactive processes work, at least in the perception of the involved parties, and how to make these processes more effective.