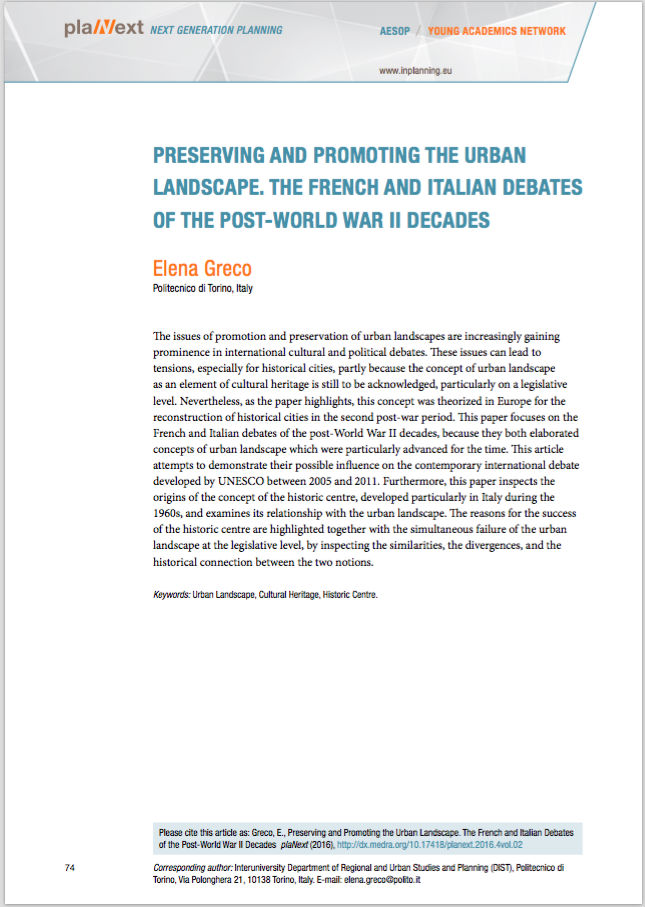 The issues of promotion and preservation of urban landscapes are increasingly gaining prominence in international cultural and political debates. These issues can lead to tensions, especially for historical cities, partly because the concept of urban landscape as an element of cultural heritage is still to be acknowledged, particularly on a legislative level. Nevertheless, as the paper highlights, this concept was theorized in Europe for the reconstruction of historical cities in the second post-war period. This paper focuses on the French and Italian debates of the post-World War II decades, because they both elaborated concepts of urban landscape which were particularly advanced for the time.

This article attempts to demonstrate their possible influence on the contemporary international debate developed by UNESCO between 2005 and 2011. Furthermore, this paper inspects the origins of the concept of the historic centre, developed particularly in Italy during the 1960s, and examines its relationship with the urban landscape. The reasons for the success of the historic centre are highlighted together with the simultaneous failure of the urban landscape at the legislative level, by inspecting the similarities, the divergences, and the historical connection between the two notions.