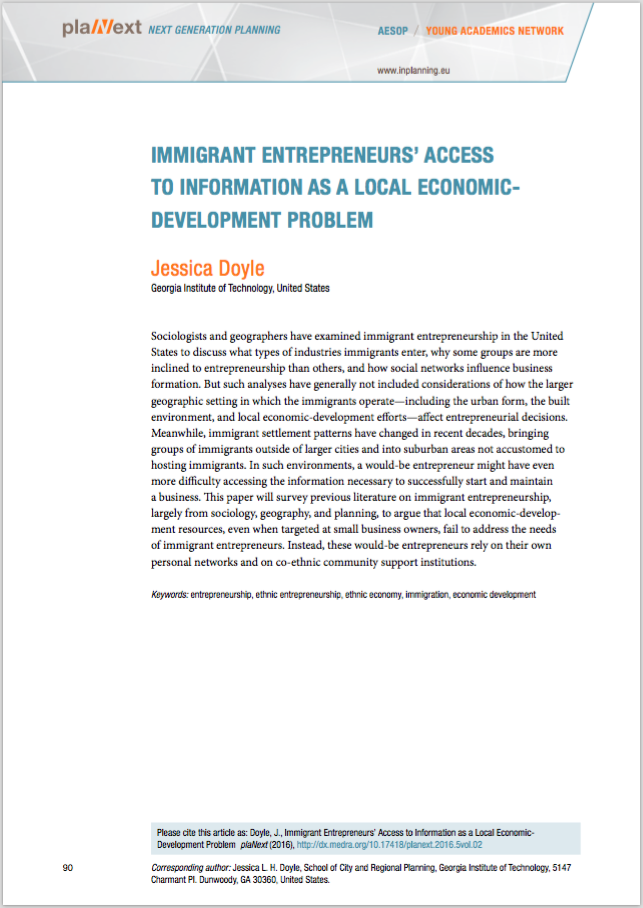 Sociologists and geographers have examined immigrant entrepreneurship in the United States to discuss what types of industries immigrants enter, why some groups are more inclined to entrepreneurship than others, and how social networks influence business formation. But such analyses have generally not included considerations of how the larger geographic setting in which the immigrants operate—including the urban form, the built environment, and local economic-development efforts—affect entrepreneurial decisions. Meanwhile, immigrant settlement patterns have changed in recent decades, bringing groups of immigrants outside of larger cities and into suburban areas not accustomed to hosting immigrants. In such environments, a would-be entrepreneur might have even more difficulty accessing the information necessary to successfully start and maintain a business. This paper will survey previous literature on immigrant entrepreneurship, largely from sociology, geography, and planning, to argue that local economic-development resources, even when targeted at small business owners, fail to address the needs of immigrant entrepreneurs. Instead, these would-be entrepreneurs rely on their own personal networks and on co-ethnic community support institutions.